An essential question for HIV cure research is: how small must HIV reservoirs be to achieve sustained remission without antiretroviral drugs? Antiretroviral therapy (ART) effectively controls HIV replication, but it is not a cure. Thus, considerable effort is devoted to developing treatments that reduce viral reservoirs and boost antiviral immunity. However, one of the enduring questions for HIV research is how far these interventions must reduce viral reservoirs to attain clinically relevant periods of HIV remission after stopping ART. To address this question, we developed a simian immunodeficiency virus (SIV) model to precisely set the size of latent reservoirs in rhesus macaques. We use this model to establish extremely small SIV reservoirs—determining the impact of small viral reservoirs on the timing of viral rebound and antiviral immune responses’ ability to control virus replication after ART withdrawal. 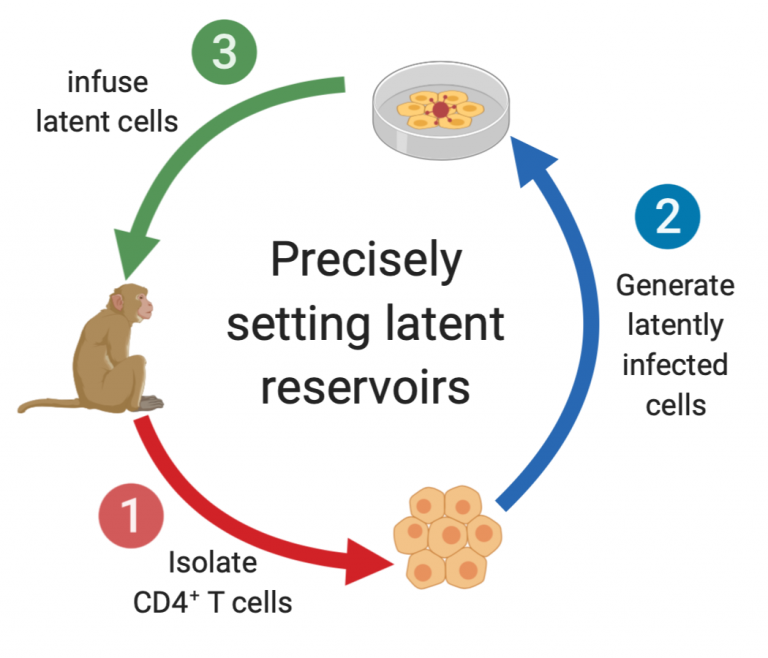 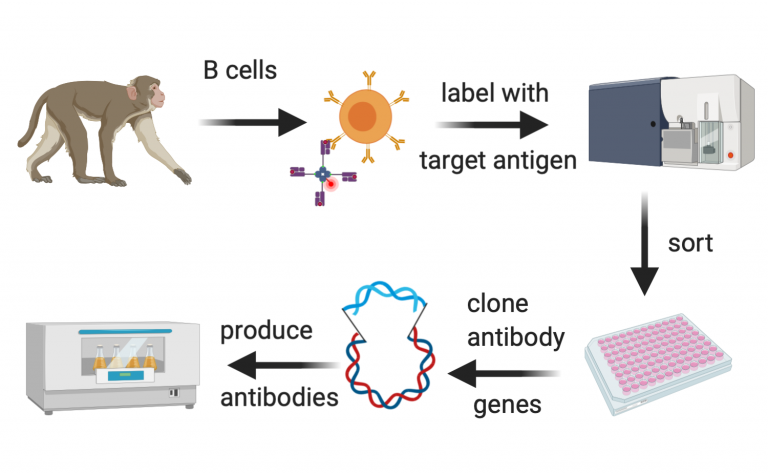 Major histocompatibility complex class I (MHC-I) are cell surface molecules that help the immune system distinguish between healthy and diseased cells. Within human and animal populations, many versions of the MHC-I genes exist as alleles. These differences ensure that at least some individuals make a sufficient immune response to fight off a pathogen. As a result, specific MHC-I variants associate with either good or bad disease outcomes. Therefore, it is important to know which MHC variant an individual expresses to understand the influence of MHC-I in cancer and infectious disease research. In comparative oncology studies, client-owned dogs that develop cancer are increasingly used to develop improved treatments for humans and dogs. We are adapting next-generation sequencing technologies to improve the characterization of MHC class I genes (DLA-88) in dogs to assist these studies. 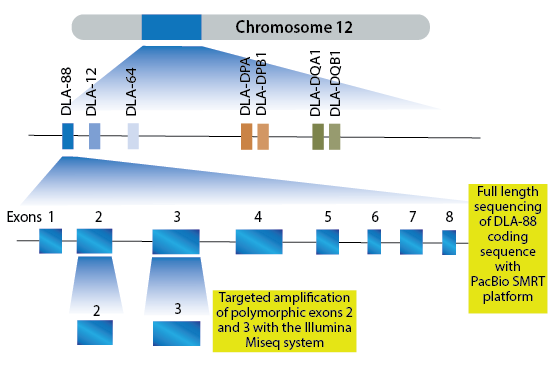 Minor histocompatibility antigens (mHAgs) are T-cell epitopes derived from host proteins. Clinically, the mHAgs are important following organ transplants of MHC-matched individuals. For example, following bone marrow transplant donor T cells react against mHAgs on the surface of recipient cells. In this context, donor cells recognize “foreign” peptides presented by “self” MHC on the surface of recipient cells. If mHAgs are present exclusively on the surface of hematopoietic cells it can lead to the destruction of the recipient’s hematopoietic system, including malignant cells, in a beneficial process known as graft-versus-leukemia/lymphoma (GvL) reactivity. It is remarkably difficult to identify mHAgs due to the size of the genome and the number of potential differences between individuals. We are developing the methods to map mHAgs in Mauritan cynomolgus macaques using a combination of cellular immunology and genomics. We are attempting to uncouple the beneficial attributes of GvL from the detrimental effects of graft-versus-host disease (GvHD) by identifying hematopoietic cell-restricted mHAgs.